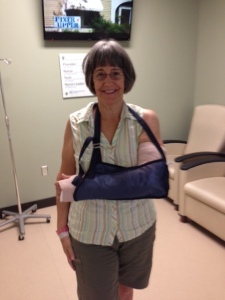 So…a funny thing happened to me a few weeks ago.

I broke my arm. Or as Callan would say “Mimi bloke her arm.”

How? you might ask. Well, ah hem, I fell off Konnor’s scooter. Ooh, did I really say that out loud? Yup, I did.

I was having a grand old time and realizing just how much fun it is to fly down a sidewalk on a thin piece of metal attached to two tiny, hard wheels. Did I mention two tiny and hard wheels? Nearing home and keeping my eyes forward, I saw a raised hunk of sidewalk. In a moment I thought to myself: It might not be a good idea to go over that…but hey, kids do it all the time.

Next thing I knew wham! Those tiny, hard wheels hit the raised sidewalk, the scooter stopped in its tracks, and this Mimi went flying over the handlebars. And when I hit the pavement, I knew it wasn’t good.

Shocked and embarrassed I was actually happy no one was outside to witness my scooter defeat. I simply picked up the scooter with my right hand, held my hurting left arm close to my body, and limped home, muttering “This isn’t good, this isn’t good.”

Konnor was great. I told him I thought I had broken my arm and he got me an ice pack along with a towel to wrap it in. Then he and Callan played quietly for the hour until Mommy came home. Kate took one look, said something very medical like “eee-ooo” which to me meant something’s definitely wrong, you need to go to the ER.

Lesson  1: Be choosy where you go for treatment. I’m not kidding. It was afternoon drive time so I purposely did not choose the stand-alone ER on the major road thinking others would stop in on their way home from work. And I also didn’t choose the large complex that many use as their primary care practitioners. Instead I opted for a small hospital where I thought I stood half a chance of NOT being there until the wee hours of the morning. And it turned out to be a very good choice. I was in and out in less than two hours. Not bad at all.

Lesson 2: Never ride a scooter when you are a relatively inactive 61-year-old. ‘nuf said!

Lesson 3: Trust your instincts. I knew my arm was broken; it hurt like crazy, was swollen grotesquely, and I couldn’t straighten or rotate it. The x-rays showed no breaks according to the ER doc. But after examining me the doc took a second look at them and pronounced a break after all. Splinted me up and told me to follow-up with their recommend ortho in 3-5 days. The next day when I called that ortho to make the appointment, the office informed me the x-rays had been reviewed overnight and the opinion changed to no break, follow-up with ortho in 14 days. What? I’m in pain. I’m nervous, and I’m also about to go on a three-week car trip. I’ll be in Ohio in 14 days—who’s gonna see me there?

After stewing about this over the weekend I called my own ortho on Monday, got an appointment on Tuesday, brought the x-rays with me and a break was definitely confirmed. But the good news was the ortho showed me how to remove the splint (I didn’t know I could), told me to exercise the arm, and take Ibuprofen for the swelling. None of that info came during the call I made to the ER ortho.

Trusting my own instincts and going to see my own ortho resulted in me being a much happier camper. Exercising the arm and taking Ibuprofen has reduced swelling and allowed me to perform some tasks carefully. And taking a shower without a garbage bag wrapped around the arm is so much nicer!

But it will take weeks to heal. And the pain I continue to have is a constant reminder that while I want to be a fun, hip Mimi, it’s important that I also use common sense. I had two opportunities to avoid what happened: (1) I should never have been on the scooter in the first place, and (2) when I noticed the raised sidewalk I should have stopped immediately and not decide to chance it.

The final lesson: I can still be a fun grandma in a million ways that don’t involve scooters such as baking with the grands, or doing crafts, taking walks, or even riding bikes.

Mimi - my most favorite name in all the world! 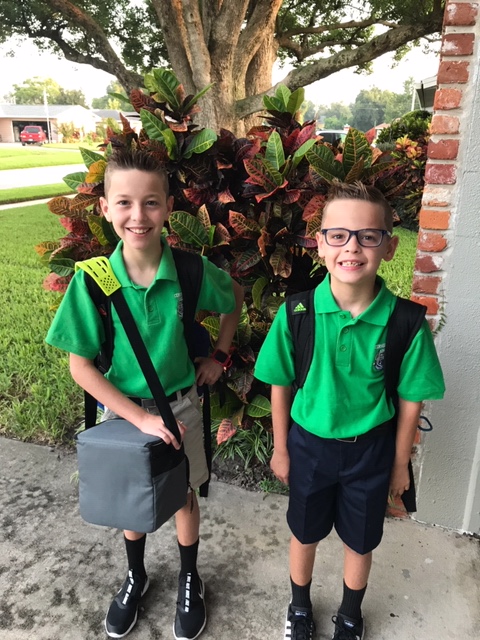 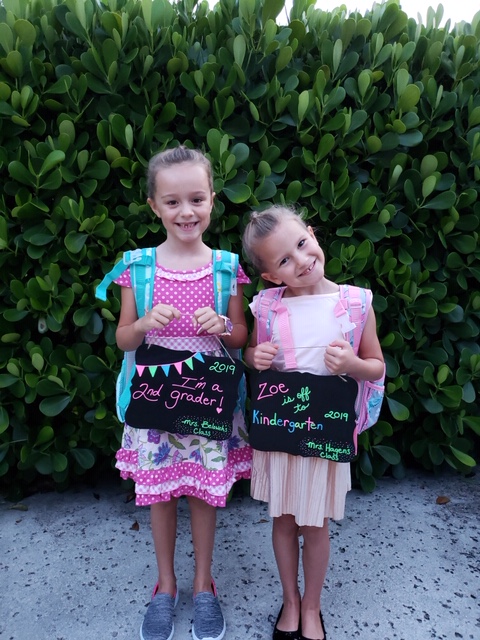 Would love to hear from you. Please visit my "Contact Mimi" page and send me a note.